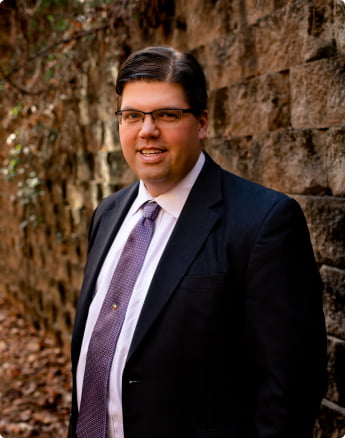 Mike has been passionate about helping others solve their problems for his entire life. Mike’s drive to serve others was evident from an early age (he is an Eagle Scout), and as an adult he has been a leader and mentor in every area of his life, including church, networking, and coaching youth football. “Giving back” has always been part of Mike’s DNA.

Mike has always brought that passion to the practice of law. Survey after survey shows the public doesn’t like lawyers or the legal profession in general – though curiously, people generally like their own lawyers. As a practicing trial lawyer since 2002, Mike’s experience in dealing with other lawyers backs this up – most lawyers he has dealt with are good, honorable people who are being zealous advocates for their clients… but as the old cliché goes, “one bad apple can ruin the whole bunch”. Fortunately, Mike has plenty of experience dealing with these types of lawyers, also, so that you don’t have to.

Mike has been in a small-firm, private-practice environment for his entire career. A graduate of Emory University School of Law in 2002, he has spent his career in the Metro Atlanta area, though he has tried cases in state and federal courts all over the State of Georgia. Mike would invite you to review his resume or his LinkedIn profile if you’d like to know more about his professional background.

Please contact our office right away to find out how we can help you!